We’re Studio Thunderhorse, an independent games studio and creators of 2D games inspired by the 90’s era of gaming.

We’re a small team of passionate people with one common goal; to bring you awesome games that look pixel perfect, feel satisfying as h*ck and take you back to the games you enjoyed playing back in the day (with a Thunderhorse twist 😏).

We began dabbling in the world of games in 2015, when we released two mobile games on iOS, Samurai Blitz and Raccoon Rascals. A few years and a successful Kickstarter campaign later, we made Flynn: Son of Crimson, our first major title which released in September 2021. It’s available on these platforms right now! 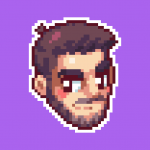 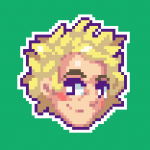 We love to give credit where it’s due. Here’s everyone who has made the Thunderhorse cogs turn, past and present!